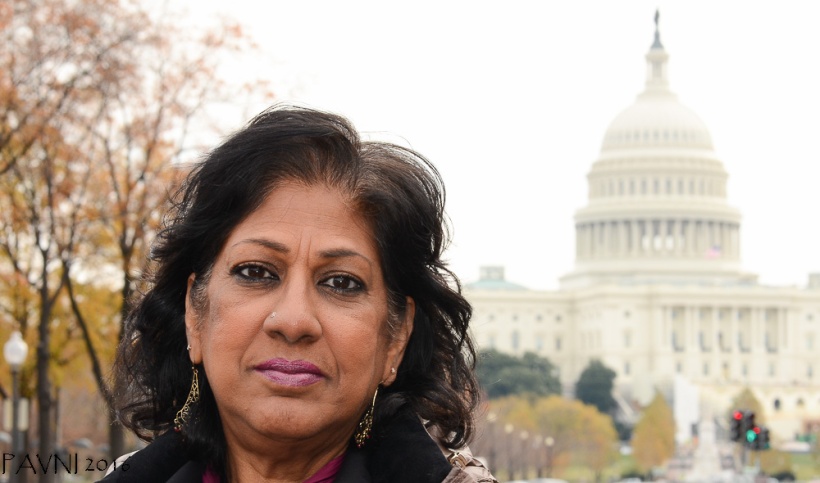 After 25 years of providing HIV support services through The Women’s Collective to women of color living with HIV, Patricia Nalls reflects on how far we have come, and why we are still fighting for our lives.

Twenty five years ago, if you had told me I’d be leading the advocacy and fighting for the lives of women living with HIV in metropolitan D.C. area, I wouldn’t have believed you. I was young, married and in love, had three beautiful children. Then HIV/AIDS intercepted my perfect life, my American dream. Nothing can describe the feeling you get, when you are handed a piece of paper with a four letter death sentence – AIDS. Unless you have experienced the loss of loved ones, it may be hard to imagine the heartbreak I still feel for losing my husband and my youngest child to AIDS. But more than that, was the despair of being an insignificant statistic in the disease that was being called a “Gay Related Immune Deficiency.” 35 years into the epidemic, the face and the color of HIV has changed. In 2016, 1 in 4 people living with HIV are women. In the District, 9 out 10 women living with HIV are black. I can share my story because my grief and my despair gave me the strength I never knew I had, to fight for my children, and fight on behalf of women.

Twenty five years ago, I was newly diagnosed with AIDS, scared, lonely and stigmatized. Realizing that there had to be others like me, I started a secret women’s phone-support group that became The Women’s Collective (TWC). 8 million services later, we remain D.C.’s only agency that focuses on women as a “whole person.” As women often do, we take care of children, partners and parents, before we look after ourselves. Many a day our HIV status gets lost in the daily struggle of making a living. TWC is that essential safe space that offers women the services and support they need. We’re here to provide a space where women become empowered, and barriers to their healthcare such as food, transportation, child care, employment, housing…are eliminated. Most importantly, we help women find their voices to advocate for themselves to their family, their doctors, their political leaders, and their president. Right here in the nation’s capital, in the shadow of the Capitol and The White house, is one of the highest episodes of HIV in the country.

Twenty five years ago, as a woman, I was not allowed to participate in the first clinical trials for the first HIV medication, AZT. I have a vivid memory of that phone call, begging and crying to be included in the trial for the sake of my children who were about to become orphans. Today, I stand in our nation’s capital, representing women around the nation. I reflect on how far we have come and where we go from here. Scientific advances like Prevention against Mother to Child Transmission (PMCT) that could have saved my child; Pre-exposure Prophylaxis (PrEP), a pill taken just once a day to prevent HIV that could have prevented me from contracting HIV from my husband. National policies like the Ryan White Care Program, Medicaid and the Affordable Care Act (ACA) that have made it impossible for many women like myself to be denied insurance because of a pre-existing condition.

Today, in the face of a new administration, how do we protect our right to health? Can we raise our voices collectively to be heard in these uncertain times? Can we unite to fight for our lives? Why do we need to fight for our lives you ask? Because HIV is now a disease of the poor and marginalized; the same people dying of diabetes and heart disease, substance abuse and violence, are dying of HIV. Because the drugs and medical care to live healthy with HIV are unaffordable without Ryan White Services and ACA; Because women are still underrepresented in clinical trials. Because more black women are dying of HIV than any other affected population. We need to fight because HIV has to be stopped from killing black women.

Pat Nalls is the Executive Director and Co-Founder of The Women’s Collective. Her story launches our monthly blog series “Collectively Speaking.” Next, we want your stories of courage, survival and hope. We are uniting in the fight to save our lives, one story at a time. For more info: www.womenscollective.org

The Women’s Collective (TWC) started 20 years ago as a phone line in my kitchen, and it grew into the only woman- and girl-focused HIV service provider in Washington, D.C. Back when we started women and girls were not considered vulnerable to the disease and yet there we were – isolated, fearing for our lives, and wondering who would care for our children. TWC grew out of the collective need of a group of diverse women who each thought they were alone and were determined to ensure that other women would not feel that way.

Today, TWC provides HIV testing services, linkage to care, medical case management, mental health services, youth and intergenerational programming, education and outreach, and advocacy — among myriad other services that support women in achieving better health outcomes over their lifespan. We’re incredibly excited to use this space to share our voices about not only the work that we’re doing for women and girls living with and at risk for HIV, but also our perspective on the needs and experiences of women and girls in the epidemic and the intersecting issues that affect their lives and well-being.

These conversations have never been more relevant.  Society has become fond of proclaiming the end to –isms (an end to racism, an end to sexism, etc.), all while ignoring staggering levels of inequality based on race, gender, class, etc. The economic security of women and girls is paramount to overcoming poverty and inequalities, yet remains elusive to women, especially women of color.

Living with HIV increases the intensity of that pressure, with the added stresses of needing health care to cover medications and medical appointments and needing stable housing to secure and safely store medication…you get the idea.  It also increases the likelihood of discrimination – people with HIV are routinely stigmatized based on misinformation and outdated ideas of what it means to live with HIV.  Without the income to take care of all of those basic needs, and the needs of their family members (because, let’s face it, women are still the primary caregivers in our society), women living with HIV/AIDS struggle to find the financial resources and the time to enter care and stay in care.

Each week you’ll hear from me, TWC staff members, and women living with HIV/AIDS who will reflect on these trends and issues, our experiences, and on the future for women living with and affected by HIV/AIDS.  We look forward to reflecting on where we’ve been, sharing our work, and thinking about new directions for TWC. We hope that our blog will inspire you to join the conversation! 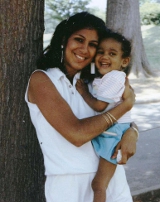 In 1987, after losing her husband and 3-year-old daughter to AIDS within six months of each other, Patricia Nalls, Founderand Executive Director of The Women’s Collective, learned that she was HIV positive. At the time of her diagnosis, there were few, if any services designed specifically for women living with and at risk for HIV/AIDS in the Washington, DC, metropolitan area. In fact, at the time, few people understood or acknowledged that women could be, and were being, infected with HIV.

Pat found herself repeatedly trying to receive support and services in an environment that catered mainly to gay men. As a single mother, her family’s needs were different and distinct from those of men. Like many women, she frequently found herself in situations where she faced challenges, not only as a woman, but also as a single head of household. While the men in the support group were having conversations about their single lifestyles, Pat worried about how to disclose her status to her children, how to deal with the grief her children were experiencing, and who would take care of her children if she got sick or died. It was a time fraught with anxiety by the secret of her diagnosis, which began as despair yet ultimately turned into the determination to live to see her children grow to adults.

Eventually, in 1990, to receive and give support to other women in similar situations, Pat set-up a private phone line in her home for women living with HIV to share their struggles and concerns. The phone line, which she advertised through flyers in her doctor’s office, gave her and the women she spoke to strength and hope in knowing that other women in their community were in similar situations, dealing with similar worries.

In 1992, the phone line, kept secret because of the stigma that existed, transformed into a support group as the number of women affected by the epidemic increased. The group called itself the Coffee House to allow women to freely participate without having to worry about disclosing their HIV status. It provided a safe space for women to come together and laugh, cry, share resources, and gain strength from each other. The group proved to be a powerful vehicle for women. As their numbers grew, so did their knowledge of HIV care and services.

In 1995, a friend involved as a volunteer supporting the Coffee House, suggested that the women incorporate as a non-profit organization. The Women’s Collective was the name stated on the application to the Internal Revenue Service. A Board of Directors was established and new energy and skills were injected into the Coffee House. The goal was to support women and their families and to realize a vision of creating a full-fledged, woman-focused organization. Board members organized events, set up training sessions, and slowly began to identify funding sources, enabling support group members to realize their vision. Women in the Coffee House also began advocacy efforts with local providers, policymakers, and the District of Columbia Department of Health.

Over the course of 20 years, The Women’s Collective has evolved from the single vision of one woman to the collective vision of many women. Because of the efforts of committed women, coupled with support from community allies, volunteers, and funders, the organization has transformed itself from a dining room support group to a full-fledged 501(c)(3) nonprofit organization. Through grants that focused on institutional strengthening, a strong administrative and programmatic infrastructure was created to support a growing number of HIV care and prevention services. Advocacy projects were initiated that focus on influencing HIV policy in the United States and globally by mobilizing women living with or at risk for HIV/AIDS to give voice to their concerns.